Center-left trumps in 8 municipalities, Center-right accuses the slap but can now wake up from the torpor of the polls 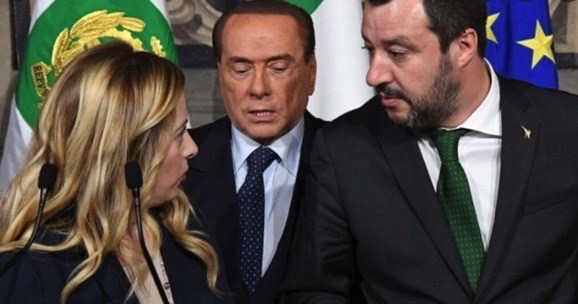 (by Massimiliano D'Elia) Yet it was predictable, the center-left, the Democratic Party never dies ... politically .... it has unexpected resources and when it seems that it is about to capitulate it gets up and wins, indeed it wins over. Incredible but it is so. The center-right that to date has won only and only in the polls must make the leap in quality and decide, now or never, which side to take. To the government or to the opposition, a contradiction that voters, especially those who are undecided, do not understand, indeed they reject. Result? An avoidable defeat, a defeat that showed the weak side of the center right, the internal division and the blind will of their leaders to compete with each other for leadership. But then what do they do with the leadership of a losing coalition? I would not see everything black, indeed gray: defeat can often cure and why not wake the main actors from the numbness of the omnipotence given by simple political polls. The moment for the CDX is favorable to regroup because the next appointment is the political elections (and there you can not go wrong) with an impervious passage with the appointment of the next President of the Republic.

The results of the administrativeAfter an election that recorded unprecedented abstention (43,94% voted, less than 1 in 2 voters) and a subdued election campaign among the candidates but very tense among national leaders after the Forza Nuova assault at the CGIL, the great Italian cities change their shirts going for the most part to the center-left. The center-left in the ballot conquers 8 cities out of 10, the M5s loses Rome and Turin, the center-right conquers Savona, Cosenza and Isernia, holds up in Caserta, Varese and resists Trieste. "A triumphal victory", the leader Pd rejoices Enrico Letta delighting in the victory of Roberto Gualtieri a Roma.

The ballots decree the victory of the center-left also in some municipalities that symbolize the center-right, such as Cosenza, the city of the new regional president Roberto Occhiuto, Varese, the city of Giorgetti and Maroni, and Latina, where the outgoing Coletta overturned the outcome of the first round and won over the historic mayor Vincenzo Zaccheo.

The center-right narrative is different than the main stream national. Salvini: "We go from 8 to 10 and at the moment the center-right has more mayors than 15 days ago", "mayors elected by a minority of the minority" after "a surreal electoral campaign spent chasing the fascists who are only in school books ".

Giorgia Meloni, on the other hand, he admits defeat, but “not the debacle"And blame the delay in the choice of center-right candidates "but not the candidate profile". Giorgia wastes no time, she hears Silvio Berlusconi and announces that she will call Salvini for a summit that will relaunch the coalition.

Enrico Letta comments on the idea of ​​the vote that was made Salvini: "surreal"The analysis of the vote of the leader of the League e sees success as a reward "for the effort to enlarge the center left ". Five years later, the Democratic Party managed to reunite the alliance in the municipalities that goes from the left to the moderates but still has a lot to build on the agreement with M5s. Of course, the victory with Gualtieri's 60,1 in Rome and Lo Russo with 59,2 in Turin, indicates that the pentastellated voters, as well as the voters of Carlo Calenda in Rome, expressed themselves in the center-left. .

The only dystonia from the national coalitions remains Benevento which celebrates the reconfirmation of the stainless Clemente Mastella, who comments on the victory as follows: "I only won against everyone, like Mario against Silla ".

The effects of the local elections on the national government will be seen shortly. Read he declared that he wanted to support the Draghi government until 2023, while Salvini has not yet expressed himself, on the horizon there is a three-way meeting between the leaders of the center-right to try to regroup and collect the pieces.

The premier Mario DraghiInstead, he keeps the bar straight on the budget law and reforms of the NRP, trying to avoid the political repercussions of the recent elections on his government. What is certain is that it will be very difficult to curb the bravado of the Democratic Party, who came out victorious in the administrative offices with a center-right, who came out with broken bones and who moves with his feet in two different shoes: a choice obviously punished by the voters.

The League can still run for cover by immediately exiting the government, despite the discontent of entrepreneurs in Northern Italy which sees Giorgetti allo Sviluppo Economico as the guarantor of the huge funds of the PNRR.

Center-left trumps in 8 municipalities, Center-right accuses the slap but can now wake up from the torpor of the polls

Mipaaf: Patuanelli at the signing of the Agreement between Crea and Sport and Salute Spa