The Green Pass agitates the Government and beyond 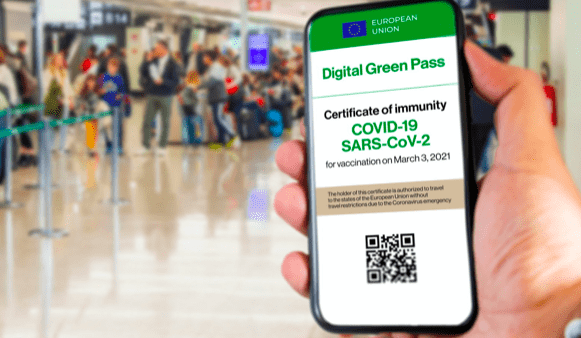 From today for buses, airplanes and trains, the Green pass is compulsory on long-distance ones. 'Anyone who blocks traffic commits a crime', warns the Undersecretary of the Interior Sibilia in the face of no vax activism. The no vaxes who have set up a dense network of private chats, through social networks raise the bar and threaten the minister Di Maio"need lead, you must die".

The Minister of the Interior Lucia Lamorgese it reinforced the rates of public security personnel at various railway stations, particularly in Rome. The minister Roberto Speranza already speaks of the need for the third dose: 'Third dose very likely, it will start with' the frail and the elderly '. In all this turmoil, the prosecutor of Genoa hypothesizes the crime of stalking after the threats to the infectious disease specialist Bassetti. The Undersecretary of Health Sileri throws fuel on the flame by claiming to go beyond the obligation of green passes in public offices.

Solidarity of almost bipartisan politics at the sit-in in defense of journalists recently attacked during no vax demonstrations. In front of the Pantheon, in Rome, there were exponents of Pd, Italia viva, M5s, Forza Italia as well as a delegation from the Order of Journalists, Fnsi and the Roman Press Association. Also present were the two candidates for mayors of the capital, Roberto Gualtieri e Carlo Calenda, in addition to the first town Virginia Rages. The former premier is also passing through Giuseppe Conte who, during a walk in the center, came across the event organized by GVpress, the Italian association of journalists-videomakers. The president of the M5s then expressed his closeness to the victims, then posed in a photo with their banner. In telephone connection he intervened Francesco Giovannetti, the videomaker journalist of Repubblica punched in front of the Ministry of Education. "I would like to be among you, but I have been granted a 15 day prognosis, a mild head injury, a slight fracture of the cheekbone - he said - Fortunately, the consequences were not serious, but it could have been worse, the blows were many, given to hurt". The Undersecretary of the Interior is also in solidarity Ivan Scalfarotto which, in addition to the condemnation of violence, reaffirmed the Viminale's commitment to the "highest level". And he assured: "Our police forces will be there to prevent any crime. No transport blockages will be tolerated tomorrow, nor will no violence. We will be very careful that this climate does not poison the country". For the Undersecretary for Publishing, Giuseppe Moles "we need the support of all political forces, of the government, but we need real protection for the work of all journalists ". Faced with the risk of infiltration, the deputy secretary of the Democratic Party is clear, Giuseppe Provenzano: "I believe that fringes of the Italian right, also represented in the institutions, have a great responsibility for the climate of mistrust ". But he warned: "Now is an opportunity for repentance because everyone takes sides, without ambiguity, in favor of the fight against the pandemic "with" vaccines and green passes". On the hypothesis infiltrators, Count he limited himself to saying: "We have state apparatuses that monitor this, I have no elements to say it but surely we must be vigilant to prevent this from happening "

The Green Pass agitates the Government and beyond

Evolvere acquires My Solar Family, the largest digital community of prosumers in Italy

Eni announces an important oil discovery in the CI-101 block, offshore of the Ivory Coast