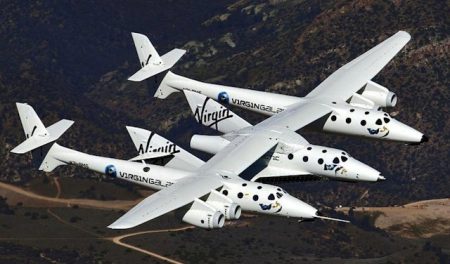 The first “captive carry” and flight of VSS Enterprise or SpaceShip II over Mojave, California Monday March 22,2010. The center mounted spaceship is attached to the “mothership” WhiteKnight II for a series of flight tests prior to its first drop test later in the year. EDITORS NOTE: the landing gear have been partially retouched in this photo